Today my cousin Dish picked me up and we went to visit Aunt Batsy. There is never a dull moment at her house. Ever.

She starts by asking us what dentist Dish's dad used when he was in that car accident that knocked his teeth out.

Disclaimer: Uncle Tom died a few years ago. And this accident she's speaking of happened when he was 22 years old. Uncle Tom would have been 75 now. I don't think even Google can help us with this one.

She says, "Oh, I know it was a long time ago. But weren't those teeth nice?"

I honestly can't believe they even allowed that back then.

The fact that an O'Connor managed to wrap their car around a pole on St. Patrick's Day in the 60's is not lost on me.

She goes on. "My father wasn't happy. He said, get in the ambulance. We're leaving. We're getting him to the good hospital."

Our convos are all over the place. Dish and I spend our time fact checking. We are having side convos, but that doesn't stop the Bats from going on and on about someone neither of us know. But it always entails something along the lines of this.

Not only do we have no clue who "she" is, but we are also not interested in her finances.

So just to have a little fun we tell her, you know what we heard? We heard you've got the bucks.

Her eyes turn wild. She looks directly into my soul and says, "Now who'd you hear that from? Who said that?"

I said everyone is saying that.

She is crazed. She looks like Nick Nolte's mug shot. She can't get the words out fast enough. 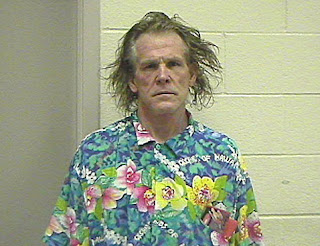 "And let me tell you something else. She looks a lot better now than she did 50 years ago, wearing that red silk blouse." This sounds like it should be a compliment. But somehow it is not. It's a real insult. She told her.

"Now you two get off those things and stop talking."

We're not even on our phones. Nor are we talking.

"I got ya something. But now don't go telling anyone else about this. I got these just for the two of you. Because you're my favorites."

Even though she had no idea we were coming. She's good like that.

She has two boxes of Fannie Mae. Just for us. They were on sale. And whoever would have walked through that door first was getting them. So I'm glad it was us.

"Now you listen to me. I have a secret to tell you. Now don't going telling anyone about this. This is between me and you."

She goes on to tell us about someone we don't know. "Turns out he died of the drink. Now no one ever talks about this, but that's what happened."

"There are so many old people that are sad. Isn't that sad?" Dish and I try to school her on depression and anxiety. She's not having it.

Her rebuttal, "I just like to think nice happy thoughts".

Okay, I 'll keep that in mind the next time I'm in the throws of depression wanting to end it all. Lalalalalala.

And from there we go right into, "The Catholic Church has got some problems, huh?" OMG. I can't even go there with her right now. But glad she's aware!

The whole point of the visit was to take her out to breakfast. Turns out she just so happens to have left over pancakes and an omelet from yesterday's excursions. So of course we help ourselves.

"Look at you two eating like vegans and here I am the fatass eating the pancakes." She's always accusing us of being on one diet or another. You're either too fat or too skinny. There is absolutely no in between. But believe me, you'll know which one you are before you leave her house.

Then she turns to Dish and says. "You know who my favorite person is? Your husband. Oh isn't he just the nicest?"

I'm. Literally. Sitting. Right. Here. And I have a husband.

"Did you hear about that one? She got married on a beach with a lady minister. Now figure that one out. But I think she's on the dope."

Pretty much everyone is on the dope. Even her. I love when we're at a party and you ask her if you can make her a drink and she yells, "Now go easy on that, I'm on the dope!"

Batsy is 84. She's proud of her age. As she should be. She is definitely an independent woman. But then she says something like this.

"Oh yeah he was here the other day. He said he had to go home and scrub the floor. Where the hell was his wife?"

She's not impressed with the degrees we hold. She doesn't care that we work full time and have a handful of kids. At the end of the day, we should be home scrubbing the floors.

We were only there for an hour. I had to go home and take a nap. My head was spinning.

On our way out the door, with our Fannie Mae in hand, she says, "Oh now wait a minute. I saved the Brighton Park Life for you." The paper of the neighborhood she grew up in. It was actually a copy of the Beverly Review, the neighborhood we currently live in.

Dish was confused. But I knew exactly what she was talking about. And that's the scariest part.