One night after a couple of glasses of wine, I decided to buy an incubator so that we, as a family, could hatch us some chicks. So I ordered it up. Right there from my phone. One little click is all it took. I had visions of all the fun and laughs we would all share while enjoying this learning experience. It warmed my heart. A few days later my buddy the UPS man rings the bell. What could possibly be in the box? Did someone send me a gift? I opened it up and the visions I had a few nights prior come swirling back in my head. The kids were all excited. What is it? What are we going to do with it? Beau just sat back listening to every last word. Well kids, since I'm a great mom and an educator, we're going to hatch some chicks right here in our very own home. Actually hearing the words spoken aloud, it suddenly didn't sound as fun as it did the other night. When I was drinking. Once again, Beau was rendered speechless. But that wasn't going to stop me. Let's get this bad boy plugged in and make some chicks! The kids could hardly contain themselves.

Turns out the eggs were not included. I must have missed that bit of info. So I just had to get my hands on some eggs and figure out how to turn them into chicks. No biggie. I got the eggs from a farmer and Beau pretty much took it over from there. We set up the incubator in the kids' room. Because that's not gross. But they were excited and I wasn't going to have it in my living room where I'd have to look at it all day. The process took about twelve days. I got a little nervous. What if the eggs didn't hatch? How was I going to explain that one? But they did. Because I'm a great mom. I have to admit it was pretty cool. It was amazing to watch. The kids were really into it. Just when I was thinking about how great I was for drinking wine and shopping online, I realized I had never thought of what would happen when there were actual live chicks in my home. Now what? 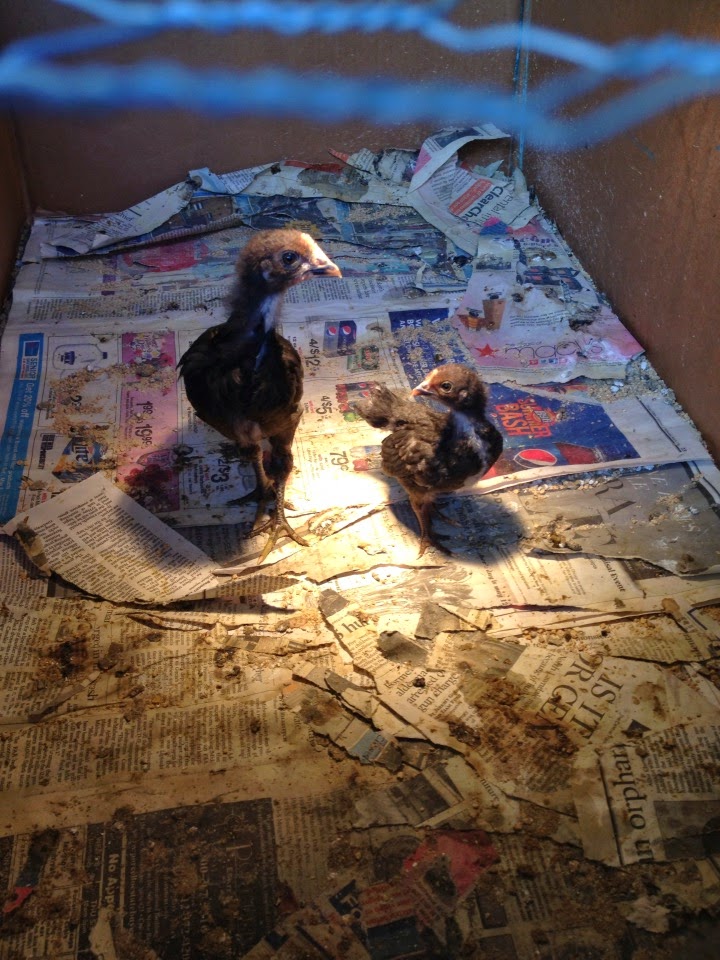 All the neighbors came by to meet our newest little additions. I'll never forget the look on my neighbor Gwen's face. I took pictures to post on Facebook. You know, so the world could see first hand what a great mom I was. All the kids took turns holding them. It was adorable. But the excitement started to wear off. The chicks were getting bigger and uglier by the second. They weren't nearly as cute as they had originally been. The kids were scared of them now. No one wanted to hold them. They looked as if they carried disease. One morning Beau found one of the little chickies in bad shape. He had to take it out to the garage and do whatever the hell it is you do to a dying chick to put it out of it's misery. This wasn't part of my original vision. This was starting to feel a little too Little House on the Prairie.

What would I tell the children? I had to prepare a speech. Death is a part of life. The little chick was in chick heaven with all the other little chicks that had gone before him. Turns out the kids couldn't care less. Oh, did that chick die? No tears. No unanswerable questions. They were over it. And now that I had these creatures living in a box on my dining room table, I too, was over it. I was evicting them. It was time. So Beau built them a nice little coop in the yard. And we also had to buy a heat lamp and food. It was turning into quite the little investment. I had already called some farms to find the perfect home for them. But this would have to due for now. 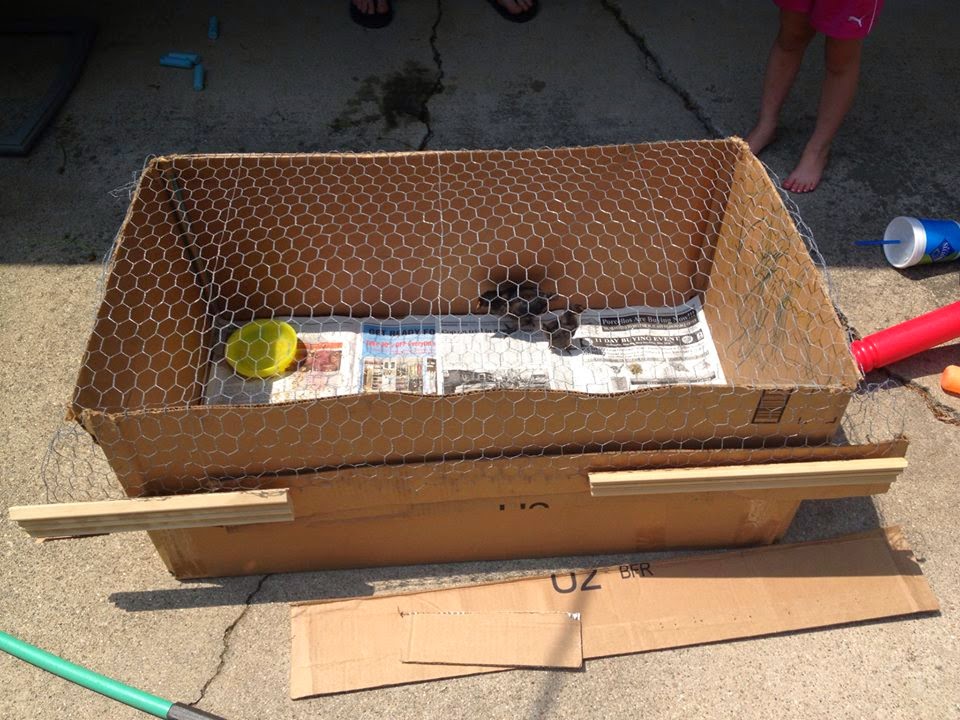 Days turned into weeks. We even had a birthday party here for my brother Dat. I tried wrapping up the chicks as his gift.  He wasn't having it. So close. I finally found a farm that would take them off of our hands. It was not an emotional farewell. More of a good riddance. But the fond memories we'll have forever. I wanted this to be a learning experience and I think it's safe to say we all learned a lot. Now when I start drinking wine by myself late at night, I turn my phone off.