Till Tori and Dean Do Us Part 2

Wow. I had to let this one really settle in for a few days before I could write about it.  This is an emotional time for me, I'm not going to lie.  I don't even know where to begin.  But how about with Dean. 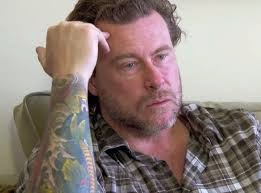 We learned a lot this week.  Things we weren't supposed to know about.  Things that were so private that Tori hadn't even prepared the production crew for.  It was a bombshell that only reality TV can drop. But that's Dean for ya. Just Dean being Dean. He's raw. He's so real. If he's feeling it, he needs you to feel it.  And I felt it.  When they showed a close up of that window with the crack in it? I had to hit pause and walk out of the room for a minute.  Just to catch my breath and regroup.  When I hit play, it was worse than I imagined. Dean wanted to jump out that very window.  He wanted to end it all in the midst of a nervous breakdown months ago.  I mean what are the chances of cheating on your wife and having a nervous breakdown in the same week?   When it rains, it pours. And Deano pours it on thick. Was he upset because he cheated or because he got caught? He doesn't know. He simply doesn't have an answer.  And you know what? Neither do I. I was just relieved that I'm not the only one who looks at windows and wants to jump out of them.

Oh, Liam. Poor, innocent, little, lambie, Liam.  Just trying to turn seven. The scene at the party store was poetic. That's what happens when you wait till the last minute to buy the damn party favors. Every mom will tell you. You have to get this junk in advance. You order it online. You pay triple on ebay. Whatever it takes. But you're not thinking clearly when your husband cheats on you and you spin your good fortune into a reality show. When Liam wants a Minecraft piñata and you're trying to talk him into a Minnion one, shit's gonna hit the fan. I kept thinking what would it be like if I was at a party and someone kept offering me red wine when I really wanted white? I'd throw a tantrum too. You want what you want.  I get it, Liam.

And then there's my girl Tori.  Six days in the hospital for exhaustion? Whoa, she must have been real tired. I slept for 24 hours straight once, but that's a story for another time. Who got the children off to school?  Because you know Dean was right by her side the entire time. As was the production crew, naturally. And if filming a reality show isn't enough, she has to deal with her real life in real time, as well. Selling Jason Priestley's wedding invitation at her garage sale? For five bucks? And Jason has to hear about it on the news, the ten o'clock news? I'm kinda bummed that he actually watches the news. I watch the news. It's not how I want to picture my celebs. But at least it wasn't Shannen Doherty she ticked off. Again, I like to look on the bright side.
Posted by Unknown at 8:08 AM